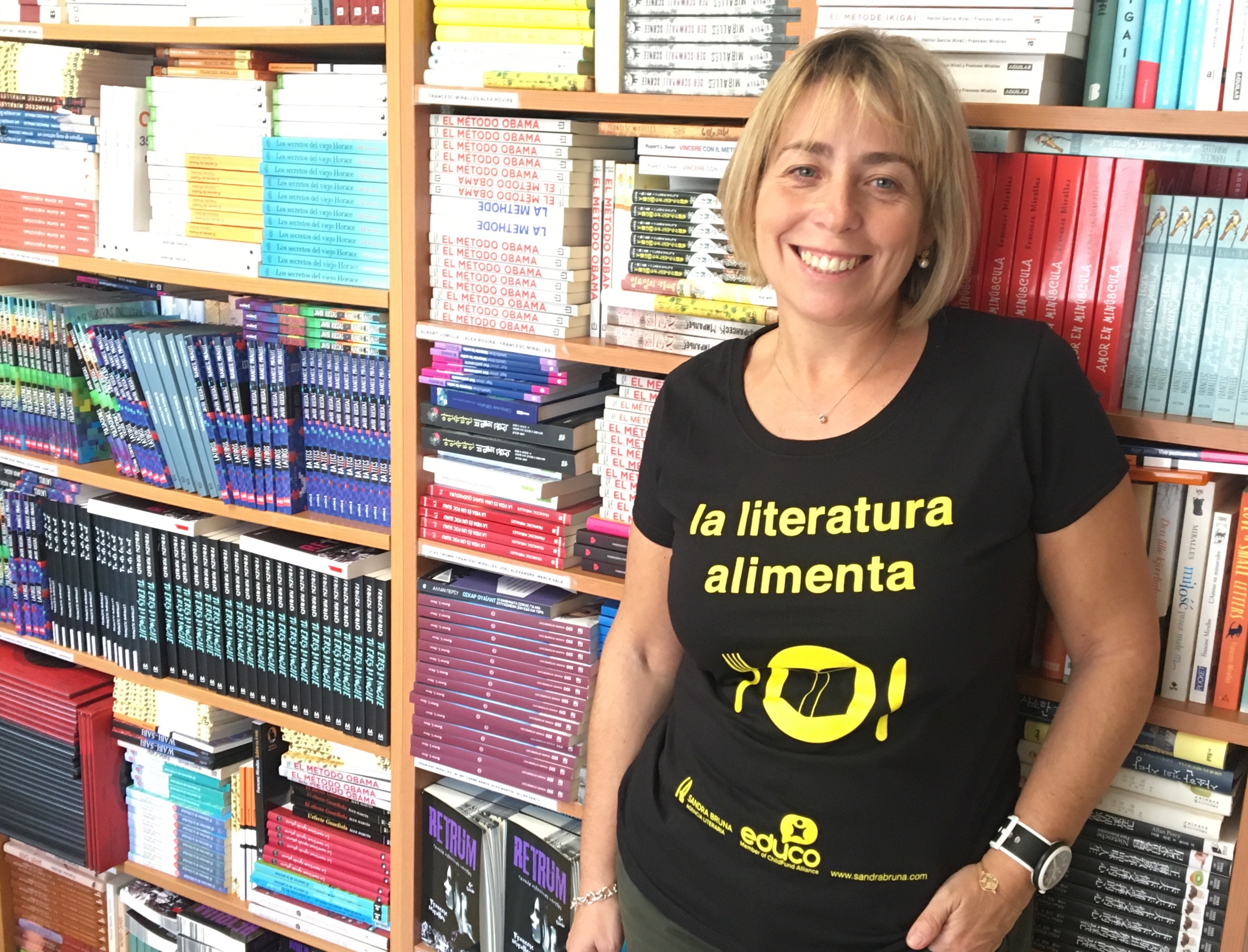 Sandra Bruna’s Literary Agency, as tradition, is again kicking off a new charity campaign in the publishing word. And this year we celebrate FIVE years of La Literatura Alimenta!

Last year’s campaign was a success and by selling the charity mugs we raised enough funds so that Educo were able to offer over 400 extra menus this school year. In Spain, one of every four kids is living on state of poverty. In fact, over 700.000 families don’t have any economic income and so, thousands of kids don’t have access to an adequate nutrition. We’ve all seen, amongst others, Educo’s campaign so that no kid is left without food scholarships, since this is a guarantee of, at least, a warm plate per day. La literatura alimenta’s main objective is, then, to encourage the publishing world and all of those who love books to do our best to make sure, not only during Christmas but all year long, kids have access to food scholarships.

Thus, everyone willing to help and to keep on making a great charity campaign organized by the Agency since 2013, is invited to collaborate by acquiring a T-shirt with the motto ‘La literatura alimenta’ for 10 euros and which all collected founds will be donated to Educo.

The campaign will conclude on Thursday the 14th of December (19h- 22h) during the traditional gathering of authors, editors, friends and professionals in the business organized by Sandra Bruna Agència Literaria. This year celebrating, once again, in La Violeta de Gràcia to make a toast for a better world and prove that ‘La literatura alimenta’. We will be waiting for you in La Violeta Maspons Street, 6 08012 La Vila de Gràcia (Barcelona).

We also encourage you to share your Picture in your social media using the hashtag #LaLiteraturaAlimenta Or if you prefer, you can send them over our e-mail prensa@sandrabruna.com