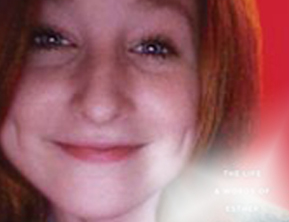 Esther Earl, the teenager who inspired John Green THE FAULT IN OUR STARS, is the author of the new book, This Star Will not Go Out: The Life and Words of Esther Grace Earl (Dutton). Esther Earl died at age 16 in 2010 of thyroid cancer.

Now, four years after his death, the book of Esther, This Star Won't Go Out: The Life and Words of Esther Grace Earl ,returns to life her and her words with the help of their parents. The book of 431 pages, built around the Esther's diary, e-mails, blogs and videos, is the story of a bright, funny girl with cancer for 12 years and knowing that he will die.