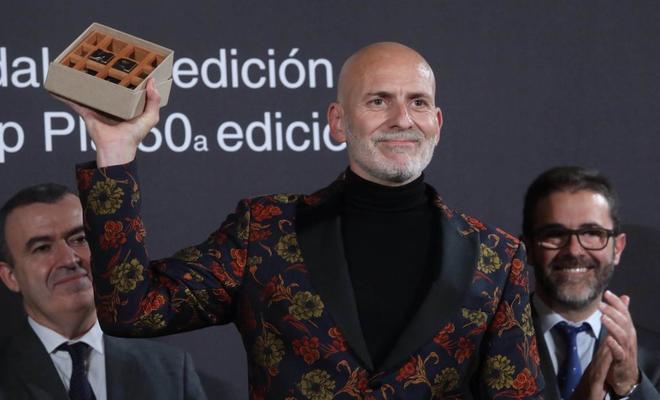 2018 could not have began any better; with great news. The author Alejandro Palomas has been awarded on this 74th Edition of Nadal Literature Award with his work Un Amor (A Love), book which goes on with Una Madre (A Mother) and Un Perro (A dog) characters. The author described the award winning novel as: ‘’24 hours, a wedding, a family, everything is all right, a phone call and everything is wrong. Life begins’’.

Un Amor is the third novel with Amalia as the leading character. It was presented to the contest with the title Un país con tu nombre (A country with your name) and under the pseudonym Mara Salvador, we will read about Amalia, now 70 years old (a few years after Un perro) who only thinks about her daughters’ and son’s happiness. Emma, her middle daughter, gets married and the novel begins the previous night to the wedding, when the family are having dinner. A fatal coincidence ruins the whole wedding and will completely disestablish the family’s harmony.  It is the story about a wedding which does not end in a happily ever after.

Alejandro Palomas, a highly prolific author with over fifteen published titles and a claimed literary translator. Finalist for the Ciudad Literary Award in 2008 with El Secreto de los Hoffman and he was also finalist for the Primavera Literary Award with El Alma del Mundo (2011). In 2014 he published Una Madre, the novel that set his name as an author, with 12 editions and translated into 8 languages. Followed up by Un Hijo in 2015, awarded with Joaquim Ruyra Literary Award and translated into 12 languages as well, with the possibility of being adapted to the screen, and Un Perro in 2016. That same year he was awarded with the National Literary Award of Children and Young Adult Narrative with the novel Un Hijo published in Catalan and Spanish. 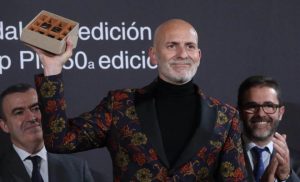