The heroes who were silenced

One of my favorite subjects was literature. It looks evident but it didn’t have to be this way by then. However, I remember when I started pure literature, which I enjoyed a lot with my teacher Josefine, who made me laugh by reading classical novels by Spanish and European authors, and I still remember how and when I devoured these novels. From the Science Tree by Pio Baroja at the bus stop while I was waiting for the kid who I babysitted, to Otelo by Shakespeare, that I read during the Christmas Holidays when my parents were already working and I had the house for my own, all the sofa for myself next to the Christmas tree that my mother still decorates with love every year. Another author that marked me , years later, during the hispanic philology class, was Lorca, the great Lorca. For this reason, when Víctor Amela told me his new project a couple of years ago, I was thrilled, and we finally have the novel in the bookstores. I COULD HAVE SAVED LORCA is the most solid book by Amela, who has worked on something very close to him, his grandfather. A story about a whole generation and a tribute to all these people who lived a tumultuous period. Manuel Bonilla, Víctor’s grandfather, gathered these people who were in danger of the republican side and moved them to the rebel faction, because he knew all the ways pretty well. And the 16th of August in 1936, Luis Rosales’s plan when he returned from the front that night was quite the opposite: to get his friend Federico out of the house in order to get him into Republican hands, and to do that Víctor knew that he could rely on his grandfather’s help. Luis Rosales had realised that, in the face of the governor of Granada’s murderous delusions, Lorca was no longer safe, not even in that important falangist house, in his own house. They returned from the front at ten o’clock at night, but they had already got Federico Garcia Lorca out five hours previously, at five o’clock that same evening.

Manuel Bonilla was in the winning side but he didn’t win anything, Víctor says, who lived in a small flat in la Trinidad. Like him, many others were silenced, and Bonilla was there together with Rosales and Lorca. Rosales was awarded the Cervantes Prize, Lorca is a universal figure and Víctor considers that his grandfather deserves this novel that rescues his silence, not only him but others who were also heroes. A story settled in the Spain of 1936 but that arrives to New York with Lorca as the main character, even though Víctor gives voice to all these people who were silenced and deserved to be listened. A different, personal and intimate voice about a passage that we all heard about thousands of times but in this novel, you go deeper. This novel an emotional treasure that readers from all over the world should read. They were the true heroes that, in certain way, we own them being here today. 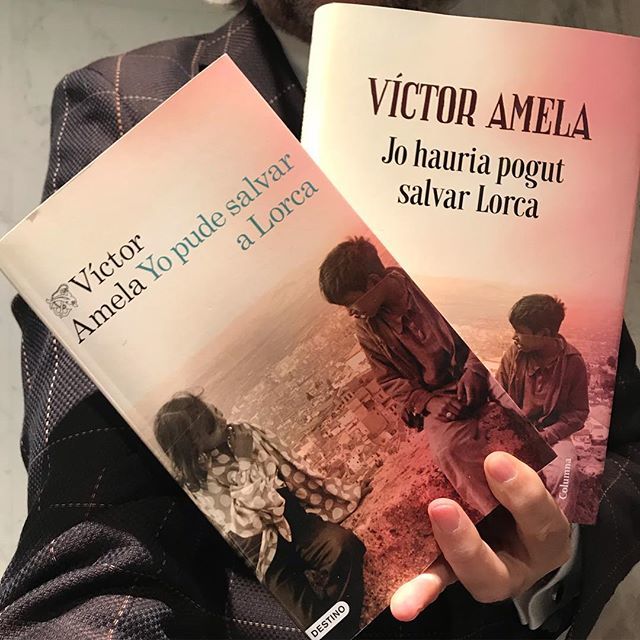