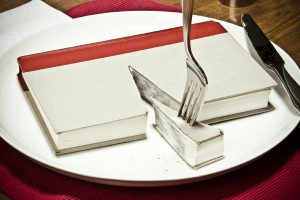 Be professional is hard, in all fields, and I say this from experience, since running a company and be professional, that’s what we try every day here at our agency, often demands a lot from you and creates conflicts. Be able to remain silent, to speak loudly and clearly when necessary, to talk or listen to others and learn to recognize your errors, all of this is not easy, but you need it to be a good professional.

Last weekend was busy, with the regional elections and the league’s celebration. For me, a good example of professionalism is Xavi Hernandez, the football player. He always has been correct and now that he is leaving Barça everyone has accepted his decisions and we hope he will be back soon. That is because is a professional. These are the kind of people we need to be an example for our children. Many of them wept last Saturday because they were “losing” the player, who has been a crack inside and outside the field. That they know this gives me hope. On the other hand, some people faced Monday morning a little scared with Ada Colau’s victory in Barcelona. I can understand this, because with her the city makes a bet. Barcelona’s mayor is a responsibility, and the city’s leader should be a professional. In Barcelona will have to be many alliances and I do not know if they will break that fresh air that Colau represents. We’ll see, because unfortunately professionalism in our politics is far from what should be; at least for me.

I hope that these new groups of young people who come up with a fighter thrust won’t be fooled by power, like everyone else, and we end up worse than we were. People want a change, of course, but this change should have a basis of professionalism, which is what I think we need in politics. In our country there are many more professionals in sacking than in anything else, and I don’t know if this will ever come to an end. Perhaps now that there is not absolute majority, there will be more dialogue, and that’s always a plus to achieve goals. The accumulation of power in one person only leads to authoritarianism, so I hope that we make an effort to dialogue and be professional to achieve the change that society needs.

Today’s novel is titled LOS PROFESIONALES, and the protagonists are a kind of professionals that should not exist, crime professionals. The novel is signed by Lluc Oliveras, and published by Versatile. France, 1996. Four military decide to use their military skills to become the most powerful criminal gang in Europe. Their robberies recreate those of action US movies: they arrive to the place, they assault and they vanish in less than four minutes. Their goal is to become a legend.
Thanks to his contacts and their high-level informants (a major group of French businessmen linked to the National Front) they achieve to build a double life surrounded by luxury.
But just when they think they are untouchable, things start to go wrong, and they are forced to take refuge in Spain, where their implacable criminal career continues.

Will inspectors Madec and Montoya stop them before it’s too late?

LOS PROFESIONALES is a thriller with all the goods ingredients that explains very well how to become a criminal professional, and if someone is able to stop it. That you’ll only know if you read the novel…

Are you going for it?

And watch the promotional videos (in Spanish).

“If you do not care about anything, you’re doing wrong your figures”, Albert Einstein.