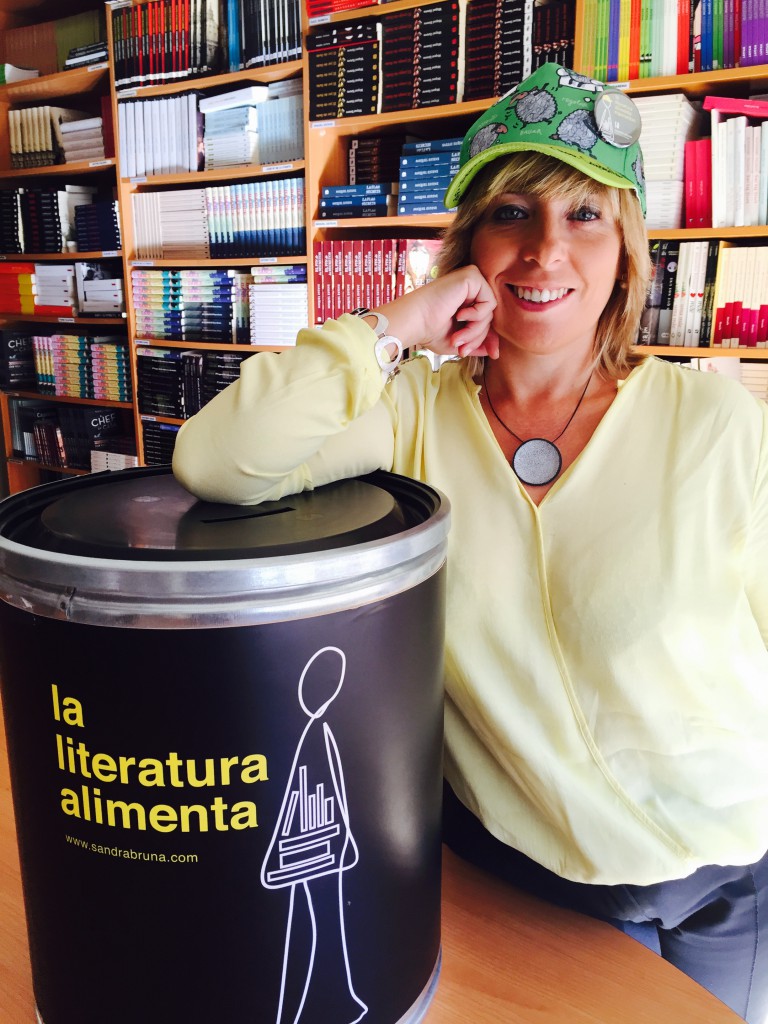 It’s Christmas again. And it’s a holiday that I like, that we’ve always enjoyed with our family and that has changed a little with time; we’ve had to adapt to new situations. When my grandmother was alive, we celebrated many holidays in her house, not because it had the best dining room, nor the best kitchen, on the contrary, but she liked to cook so much and did it so well, and so nonchalantly, that everything else wasn’t important, all that mattered was that we were together and we could enjoy the passion with which she did it, which I’m sure showed in the food she cooked, and that’s why everything was always so exquisite, like her, like her love for us, and how she was able to give us a bit of that magic with every spoonful of her lovingly cooked meal.  When she was no longer here, we had to divide the holidays, and even though we feel excited and hopeful it will never be the same, because my grandmother gave us magic, and you either have it or not.

It’s now been three years from the day when, sitting in front of the television and thinking of what I would cook for Christmas, and missing my grandmother, I saw the Educo add, and it made its way through to my heart. What the mother says to the daughter: “today we’ll have a magic sandwich for dinner, with bread and everything we can imagine in it”, it made me feel like I had to do something, I work in a field where we can find the kings of imagination and if that sandwich was filled with imagination I had to help fill it with some ham or real cheese.

It was the end of November, so if I wanted to do something, I had to be quick, I couldn’t think twice, and I found time where there was none to organize a charity party with the moto LITERATURE FEEDS. I put my whole team to work, which they happily did, and we designed a T-Shirt with our moto LITERATURE FEEDS to sell to the people in our sector, and to give all the money we made from them to Educo and their Lunchroom Scholarships.

The world of creators who let their imagination fly in order to make those who read them happier, to show them values through their pages, we were coming together to make an idea come true, one that had come to me while watching TV. That’s a good add, one that makes you react, that commercial made me create an entire literary and solidary movement in less than a month. Crazy? Maybe, but it was worth it, because it was a small success, because in that little time we were able to throw a party with all the authors from the house – they were brilliant – and ever since my Christmas gift is to those who need it, and I push people in this industry to do this as well.

We work in a field that’s always received a lot of criticism, they say we always ask for a lot but are never completely happy, that it seems like there’s something missing even if we have the privilege of working with what we want, and I thought that putting literature and charity together was a magnificent idea to show that we aren’t all narcissistic, we don’t only think of ourselves, it’s not true, and we can do things for others and we want to do them.

The last thing was to get help from those in the industry, those who maybe didn’t think like me. I couldn’t lead an entire campaign for literature to be more solidary on my own. But my team’s reaction, those of my friends, and of the authors from the house was excellent and we did it, and I think we’re still doing it because the second year we collaborated with Pallapupas, with a lot of other people making this possible, and this, which is already the third year, with the Afanoc foundation, with “Ponte la gorra” (wear the cap), which help families that have a child suffering from cancer at home. I hope this is also a success and we can make this party grow more and more. Now it’s not only the authors from the house and friends that come, but also editors and reporters, and we’ve even pulled in the people from Gràcia (the neighborhood where my agency is) to collaborate with us. It’s wonderful! This has turned big, and I hope it keeps growing because LITERATURE FEEDS, that we know, and it can feed so many things, that our job is infinite, that we can help, year after year, If everyone keeps supporting the cause and we think that this party should become one of the literary events of the year, an event where there are no prizes, but the goal of giving to those who need it the most, and not receiving anything in exchange. Just like my grandmother used to do for Christmas: she didn’t expect anything and she did it with all her heart. And I know she would be proud of me, of how her magic has helped me start a charity campaign for which I plan to fight and help those who dedicate their lives to others.

We do it too, we try to make the best stories so others can enjoy, we’re giving already, not only once a year, but with our everyday work, but if we add the possibility of throwing a party once a year, it’s a win-win situation, we’re giving a purpose to what we love the most, LITERATURE.