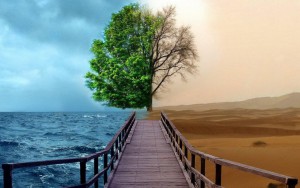 My son believes that when someone dies he or she becomes a star and that, the very same day another life is born. It happened that way on Sunday, and I’m sure that Elsa shines as the best star in the sky to help us illuminate this troubled world. Life is not fair; no one told us it was, it is true. Life plays tricks like this to good people. A reading that helped me to understand better this question is the book LOS SECRETOS DEL VIEJO HORACE. This book teaches us the “art of living” and accepting death, something that I cannot understand yet. At least I don’t when it feels wrong, when life’s cycle is altered and young people die. When people who should still be able to enjoy life die. I do not know if it’s a matter of luck, it should not be, but sometimes it seems that fate is decided and you must accept it without protest.

LOS SECRETOS DEL VIEJO HORACE tells a part of Scott’s life. He is a young unemployed who thinks he has failed at everything. He is 27; he has a low self-esteem and thinks that he has wasted his life. He doesn’t have a career, he loses his jobs and his girlfriend asked him for some space. When his uncle gets him a small salary for taking care of the old Horace, an elderly enigmatic and reclusive man, Scott thinks it is just another misfortune more…

But everything starts to change when Horace asks him to play the game of the Goose. Gradually the young man will discover that the elder one uses the squares on the board to explain him the keys to the art of living and help him repair the errors that led him to failure. But understanding the rules is not everything. Besides knowing the pitfalls and dangers, labyrinths and shortcuts, Scott will need courage to move around life’s board with courage and sense of adventure.

I wish I had a Horace that could explain me how to deal with some things that life brings to us. I wish I could just keep the good things as Luca’s eyes, still half open, his innocent face. For me he is the most handsome boy in the world; and the memory of Elsa’s smile, and her vitality. Welcome Luca; Elsa rest in peace.

“There are three things in life that do not come back: time, words and opportunities.”