Centenary of a historic event that killed thousands of people

Today, flu is controlled and most of us when we catch a cold, we feel pain in our body and our fever rising up, that we quickly state “I have the flu”. However, this October is the centenary of the gravest flu epidemic ever suffered in Europe, in which between 20 and 40 millions of people died. Even though it is said the flu began in the United States, it is Europe where the first evidence was registered, concretely in France, from where it spread to Spain, a neutral country during the First World War. As Spain did not censor the public reports about the epidemic and its consequences, it was called “The Spanish Flu” despite being an international issue, but the data revealed that Spain was the only affected country.

Empar Fernández publishes La Epidemia de la Primavera (The Spring’s epidemic) with SUMA, where she talks about this specific era, the life in the trenches and the Barcelona of the first social riots leaded by women. Gracia Ballesteros is forced to abandon Barcelona and arrives in Burdeux, where she meets Carter Irvine, a young American man that has enlisted as voluntary to fight in the Old Continent. They fall into a relationship that will need to get over distance and the dangers ahead. In the midst of all, more and more people that are apparently well start dying because of the flu, an epidemic that will terrorize the world.

A truly hard novel but that emits affection at the same time, since the historic frame is devastating but we will live the love story between Garcia and Carter.  It will be impossible to put the book down because as a reader, you will need to know how, in such critical moment, people can fight until the end, especially the women who started playing an important role in society. A love story with spirit of achievement and values that will move all kind of readers, thanks to Empar’s style who has combined both topics flawlessly. A highly recommended novel to commemorate an autumn that a hundred years ago was fighting to survive against the uncontrollable flu and a World War that, in my opinion, was more controllable and provoked by the power abuses and the absence of conversation between parties. Cruelty and love in the same volume make the book a very compelling story that deserves to be read and promoted. 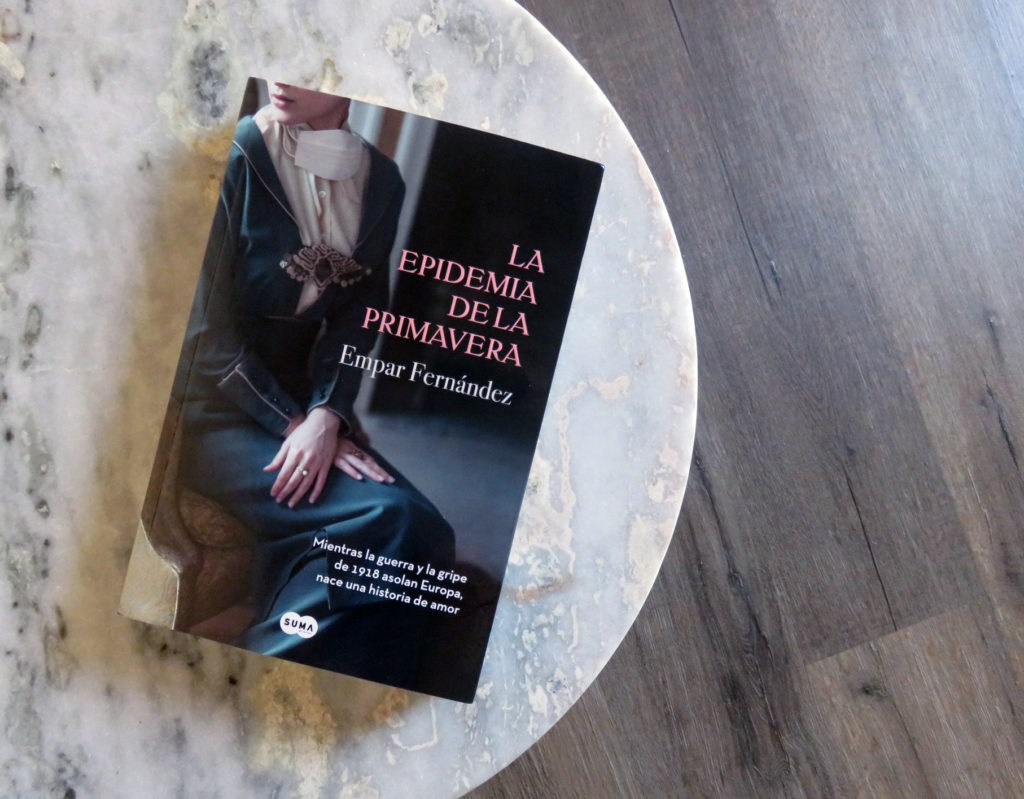