BARCELONA’S RAMBLAS AND ITS LICEU 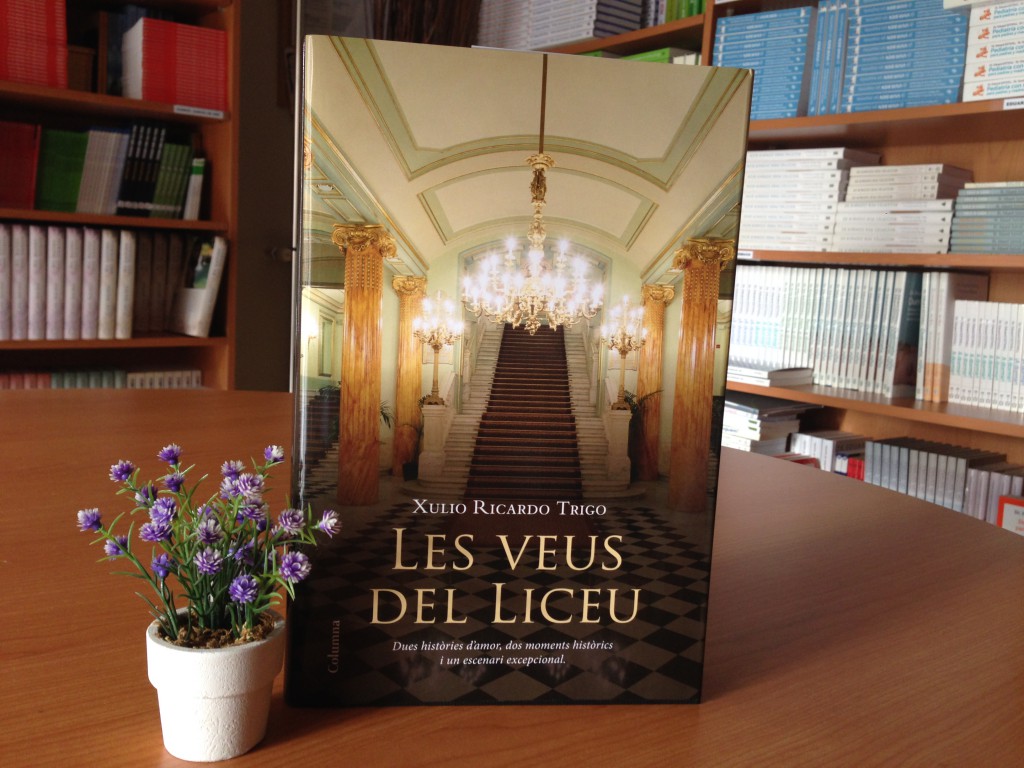 Who doesn’t like to walk down the Ramblas in Barcelona? It’s one of the most emblematic spots in the city; it’s alive. Even though nowadays it’s become very touristic and we seem to find more souvenirs than flower stands, when we were young, my parents used to take us down the Ramblas on Sunday mornings, before the traditional family dinner at my grandma’s house, to see the ceramic shops, watch people making jewelry, and those who took the chance to prepare a bit of vermouth near the sea. That’s why those Sundays are one of my favorite childhood memories (I’m pretty lucky to have these many). At the Ramblas we find el Gran Teatre del Liceu, and my father, who was a big music and opera fan, always used to tell us stories about the big plays that were performed there. So nobody should miss this play by Xulio Ricardo Trigo, LES VEUS DEL LICEU (Voices of the Liceu); nobody who might be crazy about the Ramblas or in love with Barcelona.

The author has accomplished to connect two love stories happening in different time frames. The first takes place in the year 1933, when Eduard, a singing teacher in need to put an end to his career, discovers Anna, a young girl who stutters and works as a cleaning lady at the Liceu, but who has an incredible voice. Eduard thinks Anna would be capable of bringing excitement back to the stage. And the second story is told through some notebooks that Eduard’s mother, Irina, had been saving, and that hide her husband’s terrible family secret. A novel that allows us to visit the inside of the Liceu through Anna, who’s not a big artist but a cleaning lady, and Teresa, who’s a tailor at the Gran Teatre. As a reader, I’ve found the way the author was able to exploit this imagery pretty interesting, just like the café life and the very well portrayed atmosphere in the XIX century Ramblas, which we can almost smell with the passing of the pages. We will also learn about the battle between “liceístas” (those who were for the Gran Teatre del Liceu) and “cruzados” (those who were against and preferred the old theatre); this rivalry will lead Armand to acts that will lead to terrible consequences.

A novel that’s been broadly recommended by its great audience, the old and not so old. It’s perfect to get to know Barcelona and one of its most charismatic spots in the XIX century. It could be the perfect Christmas gift for many of the members in the family.

“Musical training is a more potent instrument than any other, because rhythm and harmony find their way into the inward places of the soul.” Plato