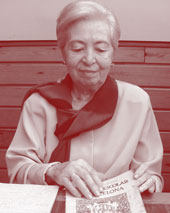 Encarnació Martorell i Gil (Barcelona, 1924) went to elementary school at Grup Escolar Ramon Llull of the Patronat Escolar of the Ajuntament de Barcelona. Her studying skills were frustrated when the raid of the fascist troops of General Franco hindered her from starting high school at the Institut-Escola de la Generalitat.

As a teenager she studied typing and stenography which helped her to find a job. She had to deal time within work and family, taking care of her son Joan Enric, who suffered from mental deficiency. As soon as she retired, she was able to fulfil her interests by reading literature and attending cultural and “catalanist” acts.

The author’s work has been discovered recently. Her only published texts have been compiled under the title Els Alumnes de la República (The Students of the Republic, 2008) where she explains her own school experience and discloses fifteen Chròniques (chronicles) written during the Civil War when she was chosen as the “official reporter” by the principal Anna Rubiés and the teaching stuff of her school. 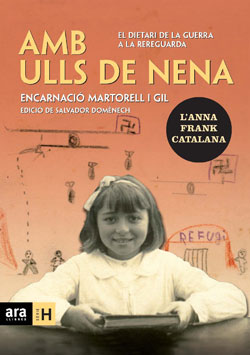