A LIFE THAT PUTS LIGHT FROM THE DARKNESS

A book that marked my career as a literary agent was Angela’s Ashes by Frank McCourt, which I had the opportunity to represent and sell the book to a wonderful publishing house, Ediciones Maeva. With this special book, many things happened: I had the chance to share a dinner with Frank, a lovely man, or the relationship that we built with Maite Cuadros, the publisher. A great experience, because we finally sold thousands of copies despite the hard beginning. For this reason, when I read THE PATHS OF LIGHT, my mind couldn’t help to establish a similarity with this great book. Coia Valls blushes when I tell her so, because we all know comparisons are detestable and Mc.Court is a referent, but Coia Valls is already a referent here in our country. From the beginning, the author had magic, audience and she goes further in every book she writes, and this is her most ambitious work. An extraordinary novel about a character that we all know his name but we are ignorant of his story. How is even possible that nobody wrote a book about Louis Braille until now? About the person who put light to those who lived in the shadows, the story of a revolution starring a child. The little of a family, the Braille, had an accident that made him lose his sight, but his tenacity will make him choose to pursue a path of adventure and discovery that will take him far beyond anything his contemporaries would have dared imagine.

The life of Louis Braille is an example of perseverance, about how the ingenuity can overcome the lack of resources in a difficult time for blind people, which used to be the homeless or the clowns of the town. The novel is settled in France, half of the 19th century, in a time of riots and hopes. Towns like Coupray, Llemotges and Vichy are the main locations of this story, together with the big city of Paris, that hosts the fight of this humble boy who discovered how to break the chains of the blind people.

This story leaves nobody indifferent: even an institution like ONCE (National Institution for Blind People in Spain) has been very grateful towards the book because until now, nobody was concerned about writing the life of Louis Braille. He was a kid with a desirable spirit but we cannot forget the people who surrounded him: his mother, his sister and above all, Margot, who were essential in this process of creation. A voice, a life, a story that is in the same league as many bestseller books. I truly believe that a publisher from every country will desire to give light to those who live in the shadows, and that many readers will support this story about a great person who worked discreetly. It was about time who someone gave him the protagonism that he deserves. Thanks, Coia, for this wonderful book who touches the deepest layer of our heart, without falling into the pretentious sentimentality. 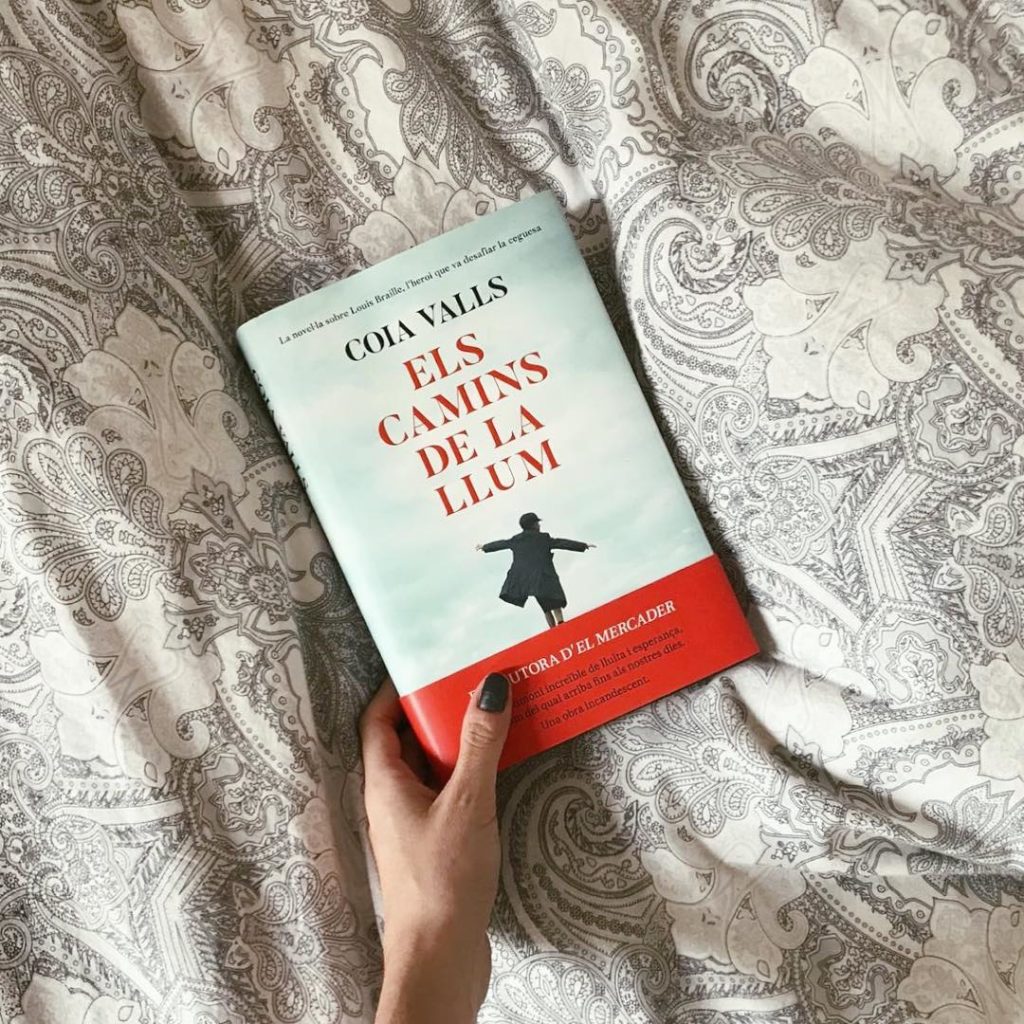