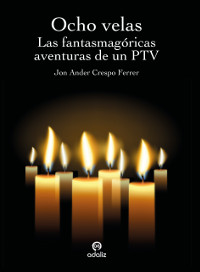 A crime, a manuscript and paranormal events.

A ghostbuster obsessed, disappears leaving as the only trace a strange manuscript which tells the alarming presence of ghosts in Pamplona, among which stands out Juancho, the titular ghost of the Museum of Navarre.

Thus begins an adventure brimming with intrigue and humor, in which paranormal events are reproduced through the streets of the city. A story that goes virtually unnoticed until they begin to relate a series of deaths from unknown causes, and that cannot be resolved until many years later, a police detective and an inspector of the “Division of Special Affairs” face to another series of unexplained cases.