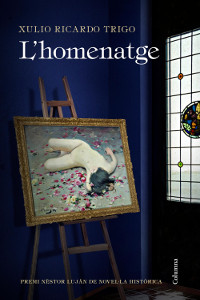 Sitges 1932. Invited by Santiago Rusiñol’s widow, Carles Solé arrives at Cau Ferrat. His aim is to write a tribute he wants to dedicate to the Modernist movement, but he is actually  pursuing a personal revenge against the great painters who did not allow him a place of privilege many years ago.

However, deep inside his heart beats another feeling much deeper. Being in love with Ramon Casas’ widow, Júlia Peraire, he will have to face several difficulties in this meeting with Modernism members that he has summoned. The intervention of a woman outside his plans will make of the result something he had not expected.