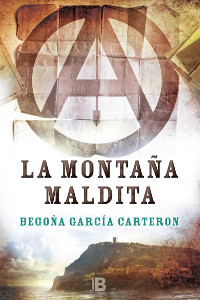 In a period of upheaval like the decade of 1890, an attack during the Corpus line from the Santa María del Mar church leads Barcelona to be declared in state of siege. The tragedy of the dead victims adds to another one: the imminent arrest of workers with libertarian ideals, considered violent anarchists. Magda, a cigar seller in a theater in Paralelo, is afraid for her brother Pep, arrested by mistake three years before because of another attack, in the Liceu. She’s not mistaken: the police are after him, and not only him, but his wife too. Magda and Tina, a relative with who she lives in the neighborhood of Poble  Sec, will find him in the dungeons of the Montjuïc castle, claiming his innocence. The link with the workers and the Union leader, Teresa de Claramunt; the staging by a young amateur theater company of a play by the symbolist Ibsen and the link with the modernist artists Ramón Casas and Santiago Rusiñol will set the steps for her own personal tragedy. Meanwhile, a mysterious medium, Angelica, will try to discover why the arrests are happening and she will defend the two women.

A story of crossed lives, in which the confusion of identities and a series of mistakes turns everyone into a suspect. A drama set in the whole Montjuïc process, which imprisoned more than five hundred people; lawyers, teachers, journalists and thinkers, amongst others.

A time when innocence and truth aren’t a guaranty of freedom.