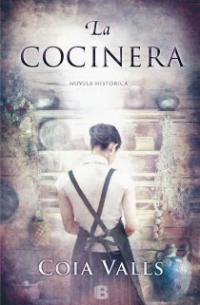 Barcelona, 1771. Young Constança Clavé leaves the faraway city of Lima after the death of her father, a diplomat at the service of viceroy Manuel de Amat. Her journey to Barcelona is long and arduous. She carries with her vivid memories of landscapes, flavours, textures, and a single possession: the recipe book left to her by her first Master in the Peruvian Court, the chef Antoine Chapel.

In Barcelona, Constança dreams of becoming a great cook. Being a woman, however, will close many doors for her. In spite of this, she makes her way through the streets of the tumultuous city with passion and courage. She progresses among people who cry for revolution, and those who attend much finer venues: a sphere of power populated by extraordinary characters, such as the one who came to be considered the first gastronome of his time: the Baron of Malda.