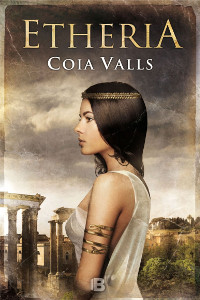 In the beginning of the middle Ages two women with very different beliefs are in Gallaecia land. Aetheria belongs to a community of women who have made religion their way to escape the demands of the nobility, but is secretly part of the Priscillianist movement. Irene is the daughter of a Roman senator that, with his family being besieged by the Christians who now control the power, decides to serve the cause of paganism. Symmachus, governor of Rome and spokesman of a noble class which continues to boost the banner of paganism against the official thesis, tries to convince the Emperor that the greatness of Roman civilization is rooted in ancient beliefs. The aim is to gather evidence to prove it and block the advancement of Christians. Upon hearing that the community of women from Gallaecia holds the Cato Treaty, Symmachus sends Irene with the intention of stealing the book and present it as testimony to the greatness of the old beliefs. In a context of social and religious struggles, Etheria, aiming to travel to the Holy Land seeking his freedom, and Irene, who wants to avenge her family, will discover that not so many things separate them.