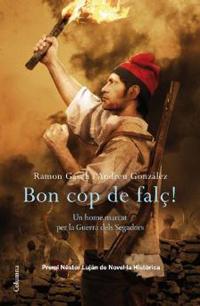 In 1640, the Catalan lands are suffering the Castilla’s king abuse for his war against the French crown. By order of a Spanish officer, the country house of can Martí accommodates a few soldiers, a fact that unleashes a series of fatal events. The heir, Joan Martí, kills the two officers that have already murdered his wife. While he is forced to run and hide, the soldiers burn down the house and mistreat his family. Thereafter, starts the Catalan Revolt (the Reaper’s War) and he goes to Barcelona where organizes a respected militia due to its risky actions, up to the point that even the military wing of the Catalan government asks for their help to defend the Catalan capital against the imminent enemy attack. But above all, the young heir is driven by the wish of revenge against the official who disturbed the peace of his home.