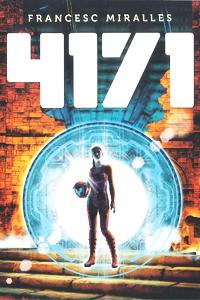 Year 4171. Catalonia forms a part of a federation of independent conditions. It is August 12, and Ilka wakes up in his module of individual dream. The intelligent tattoo of the wrist him announces that, his sixteen years, it has received the gift of birthday that it was doing so much time that he was wishing: a trip in the time that will extract it, for an hour, of the cold and aseptic world in which it lives and will lead her to discovering the past.

But an act of sabotage of a group antisystem changes his destination and transports it much more behind in the time of the one that allows the government: Ilka falls down in Barcelona in August, 1714, in a few days where the inhabitants of a deposited city and in flames they fight for his survival and his freedom. Without any possibility of returning to his time of origin, Ilka lives caught in the hell of the site ….. where many surprises wait for him. Between them, to fall in love for the first time in his life. A very dangerous situation: any interaction with the exterior world can change the course of the history.