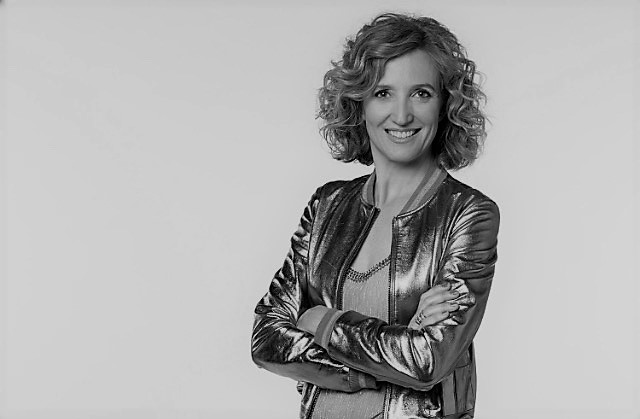 Samantha Vall has a degree in Physical Education from the UdL. When she finished her studies, at the age of 20, she went to work in Zimbabwe, with a scholarship from the EU. For 3 months she was organizing the Pan-African Games for a French consulting company. Before that, she had worked in the United States on sports-related issues.

As she has always loved writing – even as a child she felt that making up stories gave her indescribable pleasure – she decided to study a second career, journalism at the UPF.

She has been working as a journalist at TV3 for twenty years. She belongs to the first promotion of reporters of the program En directe. She is from the first batch of presenters of the news program 3/24. She has been working for 7 years as a reporter for the informative science program Quèquicom (channel 33), which has given her a scientific and rigorous background. She has also been a reporter in the program Lletra Petita (TV3), where she developed the role of researcher, along with Juanra Bonet and Lidia Heredia.

She has also worked as an editor in the programs Collita Propia (TV3), Catalunya Experience (TV3) or the Catalan language program El LLenguado (TV3). She has also been head of contents of the program Emergències (TV3).

One of her last jobs as a presenter was El got d’aigua (TV3), a public speaking contest to learn how to speak in public.

She currently lives in London with her family where she is writing two novels.