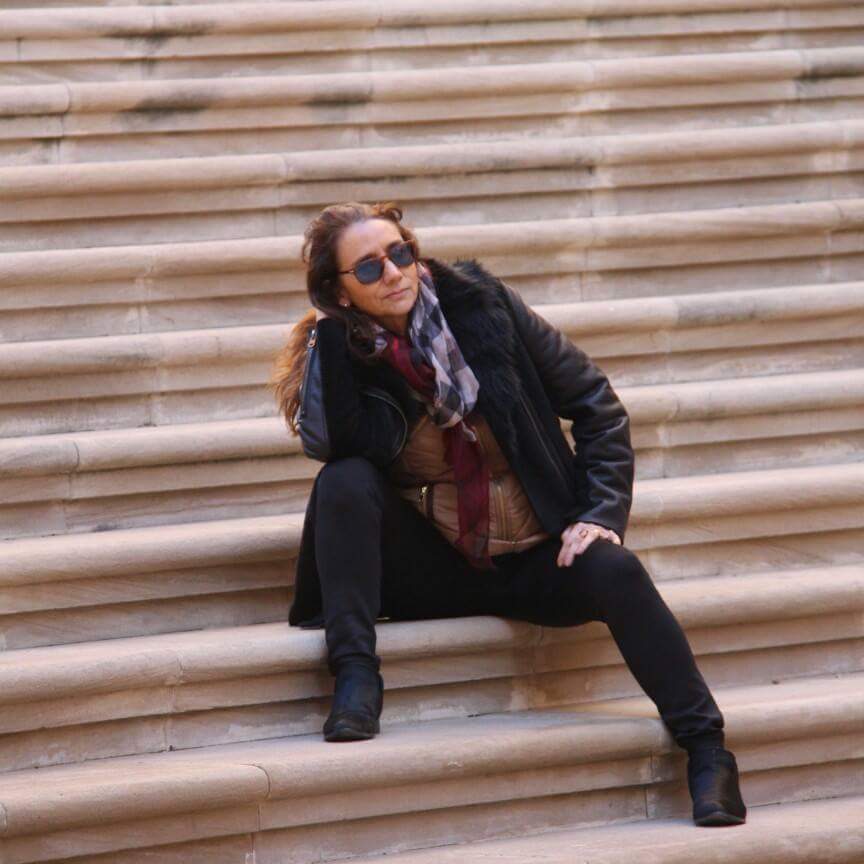 Clara Escajedo Pastor, was born in 1964 in Seville but has lived in Barcelona since her childhood. Fascinated by literature from a very young age, the poetry of Antonio Machado and García Lorca meant to her the beginning of a fascinating journey. She was unable to pursue higher education due to the urgent need to work, so at the age of nineteen she passed the civil service examination tests to  work in Justice Administration department, working since then in the criminal and domestic violence field.

Later, she began his History career and decided to try her luck in the literary award circuits with the story, having won, among others, the first prize in the 2004 City of Dance Contest, 2006 City of Torremolinos Award, 2007 Álvarez Tendero Award, Toledo City Council Award. 2008, Cehegín City Council Award 2008 and recently the First Prize for Narrative Torrente Ballester 2020. In 2015 she self-published her first book of short stories “Solo mira” (Just look) which will be followed by “El abrazo imposible” (The impossible hug) and “La elegía del verdugo” (hangman elegy) with which she has collaborated in numerous town halls and associations in the fight against gender and domestic violence.