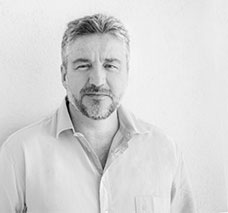 Álex Rovira Celma (Barcelona, march 1st, 1969) is a Spanish businessman, a writer, an economist, an international speaker and a consultor. He’s sold nearly eight million copies of his books, and some of them have even been number one in the bestselling lists in Spain and other countries, both in Catalan and in Spanish. He’s also considered one of the biggest experts in Leadership Psychology around the world.

He has a degree in Business Science and an MBA from ESADE, where he gives seminars about innovation, conducting change, conducting talent, people and creative thinking for high business leaders and/or other organizations.

In addition to this business school, he also works with other academically prestigious institutions.

La buena suerte is his book with most international impact, published in 42 languages, even though this success wasn’t foreseeable in Spanish non-fiction polls, it sold more than three million copies in only two years and received the “best book of the year” award in Japan in 2004 with unanimity from the critics, the audience and the publishing world. He’s also been the manager of a collection for Aguilar Publishing, which takes his name and in which they publish essays, short stories and his business books as well as the ones from other authors.

His first novel, La última respuesta, is a fictional tale based on the discoveries and the secret life of Albert Einstein, which was written jointly with Francesc Miralles. It made them winners of the Premio de Novela Ciudad de Torrevieja in 2009. He tackles many different styles: Going from essays like La Brújula Interior, La Buena Vida, La Buena Crisis, to tales like La Buena Suerte, Los Siete Poderes or El Laberinto de la Felicidad or Un Corazón lleno de Estrellas, business fiction in the case of El Beneficio, or novel like in La Última Respuesta and the sequel La luz de Alejandría.

In his career as a speaker he teaches the general public as well as business people and the topics go from contents related to psychology, philosophy, and sociology to managing a business, turning him into a very well-known speaker in very important forums in Europe, America and Asia. He also works with different foundations and non-governmental organizations.

He’s worked, and he still does, with different media platforms, both national and overseas, such as El País Semanal, La Vanguardia, CNN+ (with Antonio San José), TVE, TV3, Cadena Ser (with Carles Francino), Catalunya Ràdio (with Gaspar Hernández), or the Japanese psychology magazine Psiko. In his collaborations he speaks of matters related to innovation, creativity and people or conducting a business, as well as matters related to psychology, philosophy, anthropology or sociology. 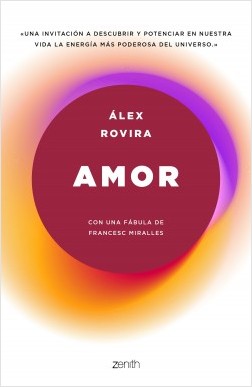 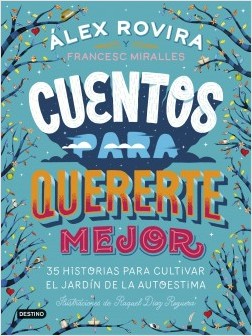 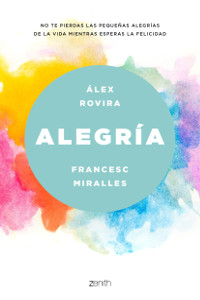 Related news
"Cuentos para quererte mejor" arrives to Italy
"Cuentos para quererte mejor" by Álex Rovira y Francesc Miralles keep giving us good news! First it was Romania that acquired the rights of the new illustrated book a ...
Read more
TALES TO LOVE YOURSELF BETTER in the list of best-selling!
Tales to love yourself better by Álex Rovira and Francesc Miralles is already in the list of best-selling books of the big national stores FNAC ...
Read more
﻿